I was chatting with someone the other day, when she described herself as not being skinny. ‘I’ll never be skinny,’ she said. And then she added, ‘I know that’s what you’re all about, being skinny.’ It took me by surprise, not because she said it with any critical undertones, she didn’t. But because of that word: skinny. 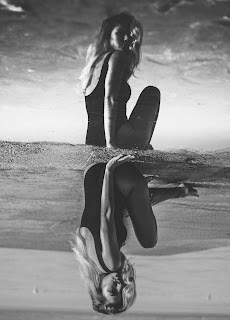 [Photo by Ivan Dodig on Unsplash]

It’s actually true that this is part of my story. At one point in my life, I was ALL about being skinny. I would run my hands over my body, searching for any telltale padding that would be evidence I was failing. I distinctly remember taking a photo of myself in a swimsuit, and then marking with a black marker on the printed image the curves of my thighs that needed to be eradicated. I stoked my self-loathing with determination to eat less and exercise more, seeking to bury under this furnace the true pain of my soul.

You see, the integration of my being had been dismantled early on in life. While I don’t know enough to say categorically that this happens to all of us, it does seem pretty much true across the board. Whether it’s being told that big boys don’t cry, or being touched inappropriately, or being forced to do things our bodies intuitively told us to be scared of, we come to think of our bodies as separate from and mere containers for the rest of who we are. Speaking for myself, from a young age I had learned to think of my body as something that would betray me, that made me vulnerable. It was a battle I tried to win both by making myself very small, and by fuelling the type of anger that creates a force field of self protection.

This is a road that leads inexorably to disintegration. Out of touch with pain, it becomes impossible to feel joy. Unable to feel at one with oneself, it hard to foster intimacy with anyone else.

My journey of formation - this lifelong process of becoming in which each of us is engaged - has been one of moving towards integration; of learning what it means that every dimension of my humanity is intricately connected with every other part. My spiritual state, I have come to realise, is not separate from my physical self. My body is not simply a container for my emotions, my intellect and my personality.

This was not something I learned in church, growing up. Our family was always active in our local evangelical fellowship, which meant going to church for prayer meetings and youth group during the week, and often going twice on a Sunday. We learned some great truths about what God is like and how we are to live as his people. And we also learned some wonky things that were not so helpful, either by what was said, or by what was left unsaid. In all the years I was surviving the school day on an apple and a carton of no-fat yogurt, all the years I was making myself sick when I felt I had eaten too much, all the years I was trying to figure out the confusing tension between being attractive to and vulnerable at the hands of men, never once did I hear a sermon that mentioned the body. Not once.

There’s no judgement here, I don’t think this is unusual. Our ways of thinking have been so impacted by Platonic thinking, and the philosophical thought that followed. In a nutshell, Plato (whose objective was to describe a systematic understanding of the soul) argued that the highest part of the human being was reason, followed by two further dimensions of spirit and base appetite. It was reason, Plato believed, that gave us a likeness to the divine. Neoplatonism took Plato’s thinking even further and argued that since non-physical God was all good and the source of light, then matter was darkness and the source  of all evil. According to this way of thinking, a person’s goal should be to deny the material part of herself since it must be what separates humanity from God. 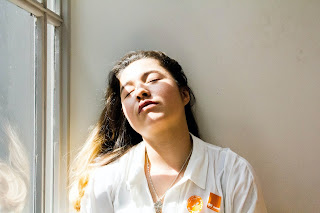 In my own process of learning and growing, I have become convinced that every dimension of our beings is inextricably interwoven with every other part. This means that what I believe - my tacit as well as my intellectual beliefs - is worked out in how I think about myself, about God, and about the world around me. It also means that the way I live in my body is far from being incidental to or divorced from my faith. In fact, if I am being saved from a way of being in the world that leads away from life and goodness, and into one that leads towards comprehensive flourishing, then that should have implications for how I live in my body - how I eat, how I move, how I am in the world as a physical, flesh and blood person.

I have to confess that I still have moments when I long for skinniness more than I long for health. I still have judgemental thoughts against my body and am tempted to see it as an object to be whipped into shape, rather than as a true expression of who I am. Nevertheless, I am on a journey of learning how to pause, to listen, and to wonder … to listen to what my body is telling me about how I am really doing, and to wonder how I can live more deeply into the invitation to work out my salvation in my flesh and bone.

How about you? What message does your body speak about what is most true of you? In what way does the way you live in your body give expression to the non-physical parts of you? How are your professions of faith and your embodied humanity at odds or in sync with one another?