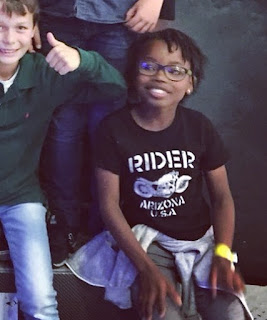 I remember explaining how things would be, ahead of time. Setting her expectations and painting a picture of the church hall, the teacher, the other kids. We’d already picked out her little outfit that she was so excited to wear. And, even as I held her hand and led her into the dance class for the first time, introducing her to the svelte dance teacher with the smiling eyes, I imagined her skipping around to tunes I had danced to when I was her age.

I’m used to that role, you know? Preparing my little one for new environments and staying by her side as she navigates everything for the first time. It’s a little disconcerting when I don’t know what’s going on, I’m not sure where things are, and I have no way to prepare her for what is ahead.

It’s happened a lot since we’ve lived in Spain. Every situation in which I would know what to expect were I in either of my other ‘home countries’ is done differently here. And, just as in every place, there are unspoken rules and norms that everyone assumes were downloaded to me at the same time as we loaded our GPS with updated European maps.

Of course, there’s the normal stuff of where to be when. No biggie, right? You can pretty much figure that out in the first few weeks in a place. Then there’s what you do and don’t do at certain times. Like, don’t call on anybody between 3 and 6 in the afternoon during the summer. It seems so obvious now. And always serve bread with a meal, and only make deposits at the bank on Tuesdays and Thursdays, and you can park how you like but cyclists always have right of way, even if they are riding three abreast.

Well, we’ll have been here five years in August and we’re bimbling along. We can ask for directions and actually understand them when they’re offered, and we can follow maybe 25% of the 375 WhatsApp messages that hit our message groups every day, from school, or other parents, or the running club, or the language class. I still hate speaking on the phone but, when I do, I don’t break out in a sweat. All that’s progress, I can tell you.

Yet, sometimes, as I approach a new situation, I still feel like a little child on the inside; slightly nonplussed with a frisson of anxiety.

Yesterday, our youngest attended the birthday party of a school friend. We’d organised ahead of time that another mum would take our girls to the party, and we would collect them. The venue was changed about 30 minutes before the party because of the likelihood of rain. Neither venue was a place I knew, so I didn’t think it made that much difference. I spoke to Manu before she left, explaining which adult she was to talk to if she needed anything, that she was to stay with her friends at all times, you know the spiel. “I’m not a baby, Mum!” she reacted. Well, no, but you’re my baby, I thought.

As she went off confidently with her friend, chatting fluently in Spanish, I realised how often our roles are reversed. She feels completely comfortable while I am the one who needs my hand holding. Fetching her later, already stressed by navigating the so-not-obvious highway system of on- and off-ramps, and the busy commercial complex with no clear signs indicating the place I wanted, I struggled to find her. Everything inside the amusement centre appeared chaotic to me, apparently the kids were at the Go Karts, and where in the hell was that? And is a Go Kart a Go Kart in Spanish? And who do I ask, in this sea of kids and families, where this particular party group is located? Standing close to the hotdog stand, surrounded by a wall of noise, trying to contact other parents who might be here, for help, suddenly I see Manu.

She’s with her friends, she knows exactly where she’s supposed to be and what’s happening, she’s had fun and is full of stories. She leads me over to the birthday girl’s mum so we can say goodbye. And then I wonder, will it always be like this here? This is more her world than mine, she knows how things work, and she is the one taking me by the hand to steer me through what seems strange and anxiety-producing to me.

Parenting has its different seasons, for sure. As our kids get older they need us less, and we have to get used to that. They have a heap of good ideas and helpful advice, and we learn from them just as they learn from us. Raising a third culture kid takes this up a notch or ten. We are raising kids in cultures and language contexts which are second nature to them, and which still feel a bit strange to us. As parents, we will always be a step behind our kids in language fluency and cultural ease.

I think I can embrace this as a good thing, you know? While she’ll always need her mum, our relationship is already enjoying the benefits of knowing we are both learners in this world. But I’ll be honest with you, I sure would like her to stop correcting my accent in public!